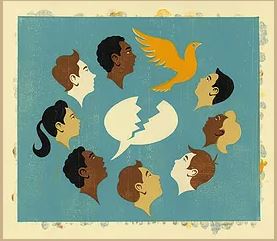 Owning my Racism and Advantage

In her essay, “White Privilege: Unpacking the Invisible Knapsack”, Peggy McIntosh says, “I was taught to see racism only in individual acts of meanness, not in invisible systems conferring dominance to my group.” She says whites are carefully taught not to recognize white privilege, as males are taught not to recognize male privilege. In my life, I have only once been in a room where I was the only white person, whereas my African-American friends are the only African-American in a room frequently and more than once during a day. As white people, we are taught that our lives are ‘morally neutral and normative.’ Our race is a non-issue. Blacks aren’t taught that, just as gay people aren’t either. The McIntosh essay lists 50 situations that subtly demonstrate the difference between white and black lives, such as traveling alone, or going into stores, and all the ways a white person’s race will not work against them. She also comments on how men say they will work to support women’s issues, but that they don’t support the idea of lessening men’s privilege.

I have had run-ins with the police that did not lead to my death. I even closed an airport once for two hours while the FBI tried to decide if I was a terrorist. But my skin looks white; the only thing that happened to me was a torn up suitcase. People get marginalized through no fault of their own—even abused, simply because they don’t belong to the mainstream. They’re black, or Latino, or female, or Jewish, or homosexual.

Until we who believe we are white are willing to acknowledge the unfair advantages that confer dominance to our existence and are willing to lessen our advantages, our society will remain in this state where nice white people think they aren’t racist and blacks will continue to be oppressed. We must change this system we live in that has a context of 225 years of American slavery, the outright discrimination that has existed since then, and the hypocrisy of the original United States Constitution.