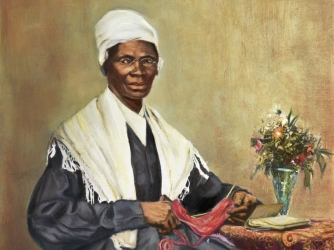 The President issued a proclamation highlighting his accomplishments to helping women while acknowledging the problems that remain.  Today, women make up almost half the workforce and yet make 79 cents to a man’s earned dollar. Women can vote and run for office, yet only 19.4% of congress are women. The good news is that more women are voting then men, so maybe things can change.

Take motherhood. The US has the highest maternal death rate of any industrialized nation. It ranks 33th out of 165 countries for being the best place to live if you are a mother. The Family and Medical Leave Act, passed in 1993, provides 12 weeks unpaid leave with job protection and continued benefits. But there are exceptions. These shameful statistics are a direct result of the attitude of the insidious patriarchal values in the US and elsewhere. We pretend we are pro-women, pro-mothers, and wag our fingers at other countries. But it is obvious it is not true. We are 96th in the world (down from 78th a few years ago) in terms of electing women leaders to the government as compiled by the Inter-Parliamentary Union.

There was one moment in US History when things almost changed. Alice Paul, Lucy Burns and the National Women’s Party put their lives on the line, suffering inhumane and horrendous situations so that American women would gain the right to vote. In anticipation of women voting the men out of office, the Sheppard-Towner Act was passed to promote the welfare and hygiene of mothers and infants. Infant mortality rate was 111.2 per 1000 live births at that time. It provided paid maternity and infant care, and led to the establishment of over 3,000 child and maternity health care centers. It brought down the infant mortality rate. Where is it today? Where is our government’s interest in the health of mothers and children? The Act was rescinded in 1929 when the men realized the women were not taking to independent thinking but were voting the way their husbands told them to vote (and after being successfully opposed by the American Medical Association).

In the book “Feminine and Feminist Ethics”  Rosemarie Tong refers to Virginia Held’s mother/child paradigm as a better substitute for today’s autonomous man paradigm. Instead of being focused on contracts and rights (which leads to paranoia, mistrust, sanctions, penalties, confrontation), Held suggests rebuilding society around the mother-child relationship (which is permanent, not voluntary, not equal, based on positive and negative rights, symbiotic, and caring). It’s not about power (okay, except in the terrible twos and teen years). Held says change our vocabulary– “true empowerment comes from growth and love, not from death and domination”.

Today we celebrate the efforts of Alice Paul and the others who almost died so that we women of the US can vote. It makes me wonder about citizenship and what it means. The fight hasn’t ended for people of color as state governments are trying to limit access to voting. For the upcoming election, 15 states have new voting restrictions. Compare this to 22 countries in the world where voting is compulsory for citizens above a certain age.

Let’s change the system. Women of the US, with the power you are amassing as a force, let us work towards good for more people; let us be inclusive; let us change our vocabulary. “True empowerment comes from growth and love, not from death and domination.” As mothers, we know what that means. As (voting) citizens, we can shape the ethos of our country.

Privilege and Non-privilege: When We Have Both Owning my Racism and Advantage
More news
X