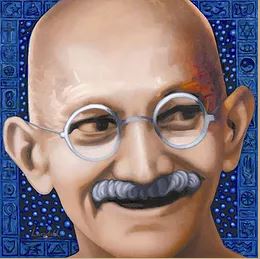 We all have anger, no matter what side of the political spectrum we are on. Will we solve anything by staying divided and in distrust? No. We have to find ways to communicate. We can listen to each other’s anger, and find ways to meet with common goals so that we transcend fear and pain. We have to stay away from an “us v them” mentality and find a way to be in a place of cooperation and survivability. To paraphrase Franklin D. Roosevelt, it is our fear that can bring us down.

Mahatma Gandhi (1869-1948) was the leader of Indian nationalism. In 1925, he said there are seven social sins: commerce without morality, education without character, politics without principles, wealth without work, worship without sacrifice, pleasure without conscience, and science without humanity. Whether or not they all existed when he described them, our society has achieved all seven by now.

We need to change the system under which we live, find ways to put principles back into politics and only allow wealth to be accumulated through actual work. Perhaps if we redefine the dialog and focus on avoiding Gandhi’s social sins.

I think it’s the first one–commerce without morality–that is the one most doing us in. Our economic system is based on the bottom line of revenue and profit margins, a bottom line of getting. The imbalance between for-profit and not-for-profit companies is staggering. In 2013, there were 197K non-profits with combined revenues of $1.82 trillion. In comparison, the top 10 publicly-owned corporations had about the same revenues. We need more of a balance between altruistic actions and commerce. Morality is a body of standards or principles derived from a code of conduct from a particular philosophy, religion, culture, or it can derive from a standard that a person believes should be universal. Aristotle believed there is a highest good at which human activity ultimately aims. His sense of morality combines intuitive reason, scientific knowledge, and acting for the good of humanity. When companies focus only on a bottom line of profits, they are not acting for the good of humanity, but for the good of investors and owners.

What would commerce with morality look like? For-profit companies could be measured by metrics other than annual profits: Does it treat its workers fairly? Does it protect the environment? Is its advertising truthful, and are its products or services of good quality? Non-profit companies measure their revenues and dollars raised, but they also have missions around which they formed. And they can be measured by the success in achieving their mission and the outcomes they achieve.

If commerce’s bottom line included a sense of sacrifice for others and an ethic that preserves the integrity of living systems, then that would be commerce with morality, a bottom line of giving. We would have people caring for others and for the environment.

Gandhi was assassinated 69 years ago today, January 30. Let us begin a dialogue that transcends his seven social sins and brings all people away from their fears and into their hearts.

What Can We Do About the Patriarchy?